The Leading Developer of Innovative Resources for Helping Youth

Make sure to REGISTER and/or LOGIN before adding this product to your shopping cart to receive Direct from the Publisher Pricing on this YouthLight product! 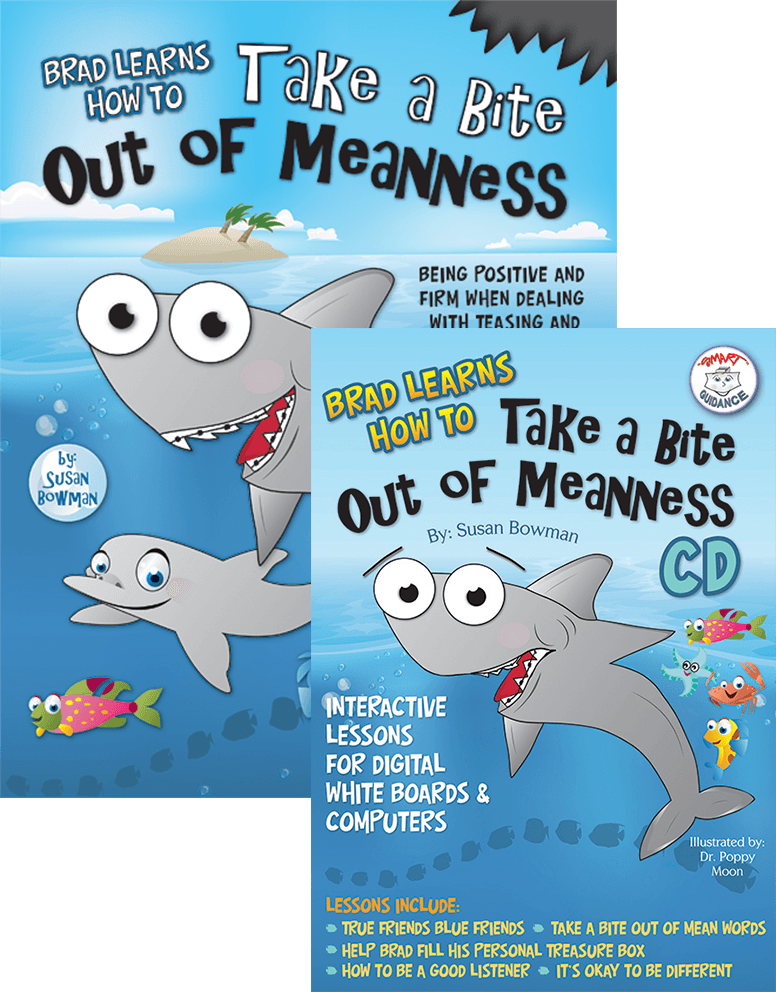 Purchase both Brad Learns How to Take a Bite Out of Meanness Book (WINNER OF THE MOM'S CHOICE AWARD!) and the awesome interactive lessons CD and SAVE!!!

This colorfully illustrated storybook introduces Brad, an unusual shark, who doesn't "fit in" with the other sharks. He is teased and called names by other sea creatures because he doesn't fit the reputation of being a shark. So he tries to not hang around the other sharks hoping this will make a difference. But the teasing continues. He finally turns to his only friend Kia, a humpback whale, who tells him that he should not try to change who he is just to have friends.

Brad learns that, "True friends are those who like you for who you are and accept you no matter how different you are." Kia tells him that it's important to not respond to meanness with meanness. It is important to be positive. You can be firm with others when you need to, but not mean. When Brad tries these new skills, he learns that when being teased, being positive but firm is a better way to respond. He eventually gains new friends and earns respect for his positive and friendly attitude.

The CD includes 5 interactive, narrated mini-lesssons with great animation and sound effects that kids will love! It also includes the animated and narrated storybook in both English AND Spanish PLUS reproducible worksheets and printable posters!

Note: Sale pricing is available only if you are logged in to the site.